The purpose of this blog is to give helpful insights into issues, themes and situations that hinder living in fullness of life. Posted from newest to oldest, they cover a variety of subjects. Browse by scrolling through the articles or using the Archive. The 1st post "Greetings" is an introduction to this blog. More about Abundant Life Services can be found via the link to the website. Please feel free to comment if you would like or submit ideas for future posts. 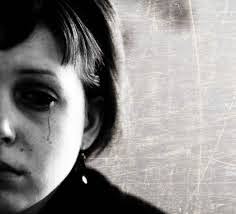 Another week, another story in the news cycle. A journalist beheaded on video in Iraq. Unthinkable! His only crime was being an American. A reality, that is to some, an evil thing. So for the unthinkable evil of being an American journalist who wanted to get the story of the plight of Syrians out to the world, comes the unthinkable evil of his execution - recorded, distributed, watched and, for some, celebrated. Unthinkable!

We want to believe the unthinkable only happens in Countries like Syria and Iraq, but for an estimated quarter of our population unthinkable is not so far away. It’s the little blue-eyed girl next door who is sexually abused by her father. Or the troublesome boy on your soccer team who is chained to the kitchen table for misbehaving. It’s the child rape victim in the town next to yours. It’s the toddler, with the sad eyes, in your Sunday School class who was molested. Unthinkable - we wish; yet only too common. So what is it that is unthinkable? Is it unthinkable that evil exists? Are the acts themselves unthinkable? Or is it that we don’t want to think about it; about them? Is it that we don’t want to think about those, all around us, who suffer from childhood trauma, suffer guilt and shame as if the sexual/physical abuse that happened to them was somehow their fault. 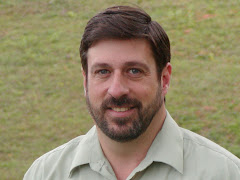 John Mumper, Abundant Life Services
Lewisburg, PA, United States
I was a senior pastor for 22 years; then executive director of a residential program for hurting teens and families until 2007 and founded Abundant Life Services in 2008; drawing upon over 30 years of pastoral counseling experience. Married for 38 years, I have 3 sons, 3 daughter-in-laws and 5 grandchildren. To learn more about Abundant Life Services read the first initial blog post here from July 2014 or click on the website link.